skip to main | skip to sidebar

What is the Bartholin's gland?
The Bartholin's gland is a tiny organ on each of the labia (vaginal lips), near the opening of the vagina. If the vagina were the face of a clock, these glands would be found at about 4 and 8 o'clock. Normally they are invisible. They make a small amount of fluid that lubricates the vaginal lips. If a flap of skin grows over the opening of one of the glands, the fluid backs up. It causes a round swelling called a cyst (say "sis-st"). The cyst can grow from the size of a penny to larger than an orange, although most don't get bigger than a golf ball. Cysts can be tender.

Are Bartholin's gland cysts caused by an infection?
Most of the time, Bartholin's gland cysts are not infected. In some cases, however, they can be caused by an infection, or they may become infected. Your doctor may want to check the fluid in the cyst. Most infected cysts, called abscesses (say "ab-sess-es"), contain the normal bacteria that are found on your skin. Some infected cysts, however, are caused by bacteria (also called germs) that is transmitted sexually.**** case aku adalah infection dan bukan cecair dalam bengkak tu tapi nanah.....

How do I know if I have a Bartholin's gland cyst?
You may notice a round, painless or slightly tender bulge in one of the vaginal lips, near the opening of the vagina. It may stay the same size or may slowly grow larger. Cysts that get infected are usually very tender. In more severe cases, walking or sexual intercourse may be painful. Your doctor will look at the area to see if you have a cyst and to find out if it's infected.
*** dah sampai 4 kali berturut2 so aku memang masak dengan simpton2 ni. hanya Allah yang tahu sakit dan seksanya bila aku tahu yang aku kena lagi.

How are Bartholin's gland cysts treated?
The treatment can depend on one or more of these factors: the size of the cyst, how painful it is, if it's infected and your age. In some cases, a small cyst can be treated by soaking in a few inches of warm water (called a sitz bath) several times a day for 3 or 4 days. This allows the cyst to rupture and drain with little pain or discomfort. In other cases, the doctor can perform a minor procedure in the office. In this procedure, the doctor makes an incision and puts a small tube, called a catheter, into the cyst. The catheter stays in place for 4 to 6 weeks, draining the fluid. Then the catheter is easily taken out in the doctor's office. If you have this catheter put in, you can go on with your normal activity, although you should talk with your doctor about sexual activity while the catheter is in place.Another procedure that can also be done in the doctor's office is making a small cut in the cyst to drain the fluid. Stitches are then placed at the edge of the cyst to allow a small opening to form. This procedure is called a marsupialization (say "mar-soup-eel-eye-za-shun"). You may have light discharge for a few weeks. Panty liners should be all you need to use to take care of this discharge. Less common procedures involve using a laser or surgically removing the entire gland. Both of these procedures are usually performed in an outpatient operating room as same-day surgery.
***** dah dua kali buat masupilization ( bulan 11 /2007 dan bulan 10 /2008 dan coming soon jumaat ni 17/7/2009) bayangkanlah.......... hanya mampu berdoa

Will the cyst come back?
It is possible for Bartholin's gland cysts to come back after treatment, often years later. Cysts can be treated again, and the Bartholin's glands can be removed completely if cysts recur often.
*** aku memang jenis yang berulang..dah tu setiap tahun. pendek kata tak ada masalah aku tanpa dia. 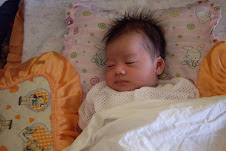 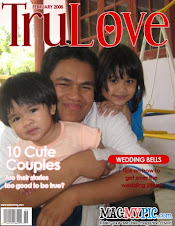 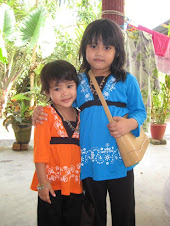 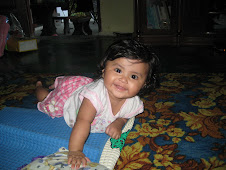 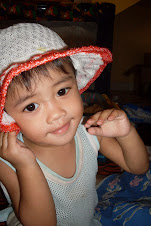 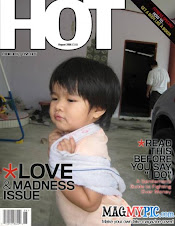